There was a funny post on Twitter a couple of days ago about a recent event where the "Dutch government was forced to release the source code of their DigiD digital authentication iOS app" with this piece of C# code: 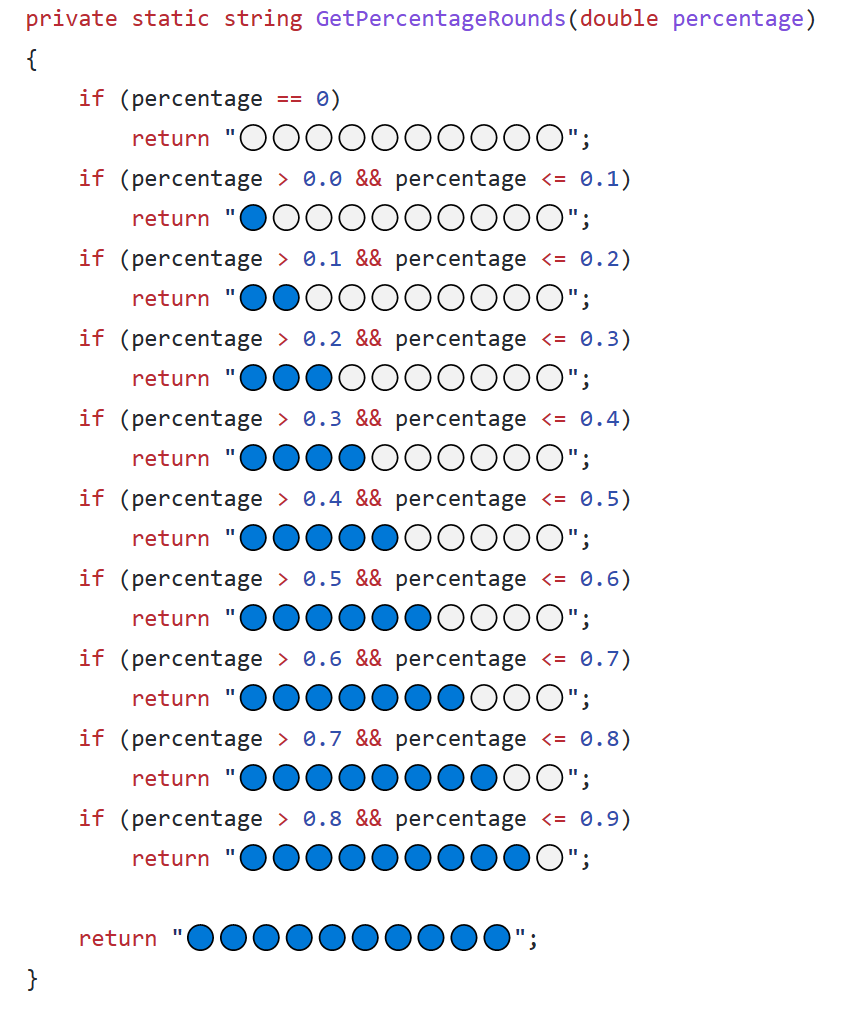 Some very funny discussions continued, with comments about how good or bad this code is, and how one might rewrite it in various ways. I thought it would be a fun opportunity to show a few variations of this simple function in Factor.

A direct translation of this code, might use cond which is basically a sequence of if statements:

But since this is a series of if statements checked sequentially, you can just check the upper bounds. And since we only care about the argument for the comparison, we can use cond-case:

One suggestion was to generate a substring based on the input — with the somewhat negative aspect that it allocates memory for the returned string when called:

But another way would be to just index into the possible results, using quoted words to reduce the amount of tokens involved — resulting in this fairly aesthetic result: